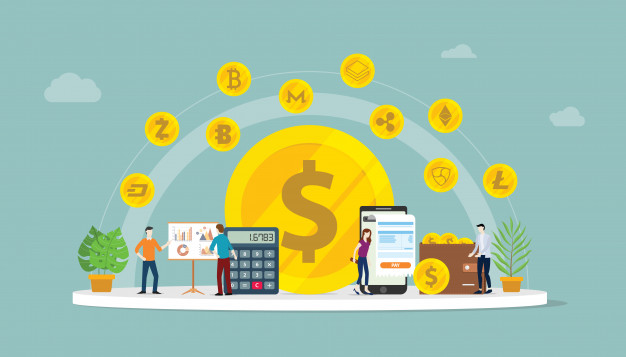 How to Hire a Top Blockchain Application Developers?

Blockchain is one of the most cutting-edge technologies which is being adopted by various industries. But, there are rounds of debates around the same technology. The big businesses have already understood the role that Blockchain plays in innovations. So, what started as a project for a few passionate blockchain application developers has now converted into a prospective, well-paid career. There are many companies who have jumped into the bandwagon – in an effort to integrate Blockchain technology into the services. The demand for Blockchain developers is simply soaring.

The Blockchain-related jobs are the second fastest-growing in terms of the current labor market. There are as many as 14 job openings for a single Blockchain developer. In the words of Nick Szabo, the developer who is famous for “smart contracts”; ‘There is a “$/knowledge” ratio in the Blockchain space – and the capital invested outpaces the talent.’

What are the challenges faced while hiring blockchain developers?

Talent shortage is a common phenomenon for almost all industries. The kind of proliferation that Blockchain Technology has seen over the past few years has only resulted in an acute skills gap in this technology. The enterprises are constantly looking out for the right Blockchain developer. One who will be able to carry out the tasks required by them.

However, because of the skills shortage, it is incredibly becoming difficult for the companies to locate the talent. This only means a good time for the Blockchain developers. These developers now demand the right kind of fees that they expect.

What was supposed to be a fringe technology and was restricted to a community of passionate developers has now, all of a sudden become a highly sought-after career? Obviously, recruiting these highly sought-after candidates is a challenging task for HR professionals. All that HR needs to do is to apply the right tactics to spot these developers. First. HR must be clear on “How different are the Blockchain Developers?”

How Different are the Blockchain Developers?

Talking in terms of the workforce in the IT sector, the Blockchain is a technology that is attaining recent commercial viability. If the best of developers are into it – it is just because of passion. However, other candidates who are entering into the field is because of the huge opportunities that lie ahead.

While recruiting the Blockchain developers, one should remember that the Bitcoin and the Blockchain enthusiasts belong to a community that was swayed by ideologies like anarchism and libertarianism – not by any financial gains. Decentralization and cryptography influenced them.

Recruiters must make sure to respect the viewpoints of these developers. There are many among these developers who simply believe in the advancement of society but there are so many of them who wants to make money.

The organizations that wish to recruit the Blockchain developers, must be aware of these facts and recruit someone who fits correctly in their work culture.

Next, we will highlight the factors that HR is looking for.

What are the factors?

First and foremost, HR must be clear on the type of company, the prevalent organizational culture, and the type of projects that interest the developer.

If you develop the Blockchain from scratch, then there will be a need to hire full-stack developers. But, while creating an application on top of Blockchain, HR needs to recruit Solidity devs, who knows Ethereum, IPFS, token models, and Oracles. You may need a legal expert for running an Initial Coin Offerings (ICO).

Outsourcing the work to a Blockchain development firm helps to release your hiring pressure and enable your company to focus on running the business.

Finally, HR must not look for the traditional places for job posting, says LinkedIn. These in-demand skills might not be searching in the typical places.

The Blockchain community is always interacting among each other in places like job boards like Block geeks and online discussion forums/communities – like Reddit and Bitcoin Talks for the devs. The efficient HR professionals may scout for these talents even in places like conferences. Moreover, companies are taking help from the on-demand tech talent marketplaces – to rent time for completion of short-term tasks.

Previous Story:
How Internet of Things (IOT) will Prove Helpful for Banking Industry?
Next Story:
Does all Healthcare Apps Need to be HIPAA/HITECH Compliant?