What Are Best 6 Tools Used In Blockchain Programming?

With the huge success of Bitcoin, Blockchain has gained instant recognition. Developers are applying the Blockchain programming tools in almost every industry to leverage its potential. Further, this decentralized and distributed public ledger is basically a chain of blocks that are linked with cryptography. Moreover, banks, financial institutions, and other businesses seek blockchain due to the level of security and transparency that it offers.

Businesses are now integrating the blockchain technology with their websites and apps to stay ahead of the curve. This has also led to a spur in the demand for blockchain programmers and developers. In fact, Blockchain specialists are high in demand in every industry. However, they need to possess the right skills to sustain in the market.

What are the best tools professional developers use in Blockchain Programming?

An implementation of the Ethereum node and a command-line tool used for multiple purposes. It is built using the programming language ‘Go’. Furthermore, Blockchain development using Geth can be done on Mac, Windows, and Linux operating systems. There are three interfaces available with Geth which are:

Blockchain developers frequently use Solidity as the programming language which is influenced by Python, JavaScript, and C++. It is used to write smart contracts and its design targets the EVM. Developers also use Solidity to code Ethereum dApps. Typed statically, Solidity supports complex user-defined types, libraries, and inheritance.

Blockchain-as-a-service was a result of not being able to implement a complete blockchain solution for businesses. This model functions on similar lines as the Software-as-a-service (SaaS) model. It facilitates developers to build and host custom Blockchain apps using cloud-based infrastructure, build smart contracts, and other Blockchain functions.

It comes in handy for sole entrepreneurs or businesses that aren’t able to adopt Blockchain technology due to technical complexities and operational overhead. SAP, Microsoft, and Azure are a few examples of Baas Solutions.

It is the official wallet of Ethereum, created by Ethereum. Developers use Mist to store Ethers and execute smart contracts. Mist is available for Linux (34 bit and 64 bit), Mac, and Windows (32 bit and 64 bit).

However, it should also be noted that Mist is a full-node wallet. This means one can only access and use it after downloading the complete Ethereum Blockchain. However, that takes up space of more than 1TB. Also, the Mist password is a one-time setup and cannot be changed again.

Written in JavaScript, Remix IDE is a browser-based tool used to create and compile smart contracts. One can access it by using any modern browser and use it to write, test, debug, and deploy smart contracts that use Solidity.

Developers can use Remix in a browser or locally. It can also connect with Ethereum blockchain seamlessly through Metamask.

It is an important tool in Blockchain programming when it comes to smart contracts. Solc is a Solidity compiler and makes the solidity script more readable. Solc is a loosely-typed language and so it uses a syntax which is quite similar to the one that ECMAScript uses. If working on an Ethereum related project, Solc is a must-have tool.

Available in two types which are Solc in C++ code and Solc-js that cross compiles Solc C++ to JavaScript using Emscripten. It is a module for offline compiling but it is also possible to implement it with most of the Ethereum nodes. With Solc, you have an option to either collect your Solidity files using web3.eth.complile.solidity() or solc.compile(). 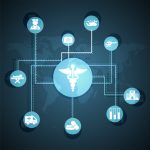 Previous Story:
What Are Blockchain Use Cases In Healthcare Industry? 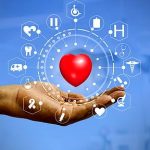 Next Story:
How Blockchain Will Impact Healthcare Businesses In 2020?